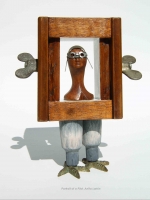 Explore how narratives can be drawn out of the assemblage of found objects and the act of making felt around them. Learn many practical and ingenious methods of using hand-tools to join found objects together. This is a weekend of alchemy, of animating the inanimate and creating engaging sculptures by felting discarded things. 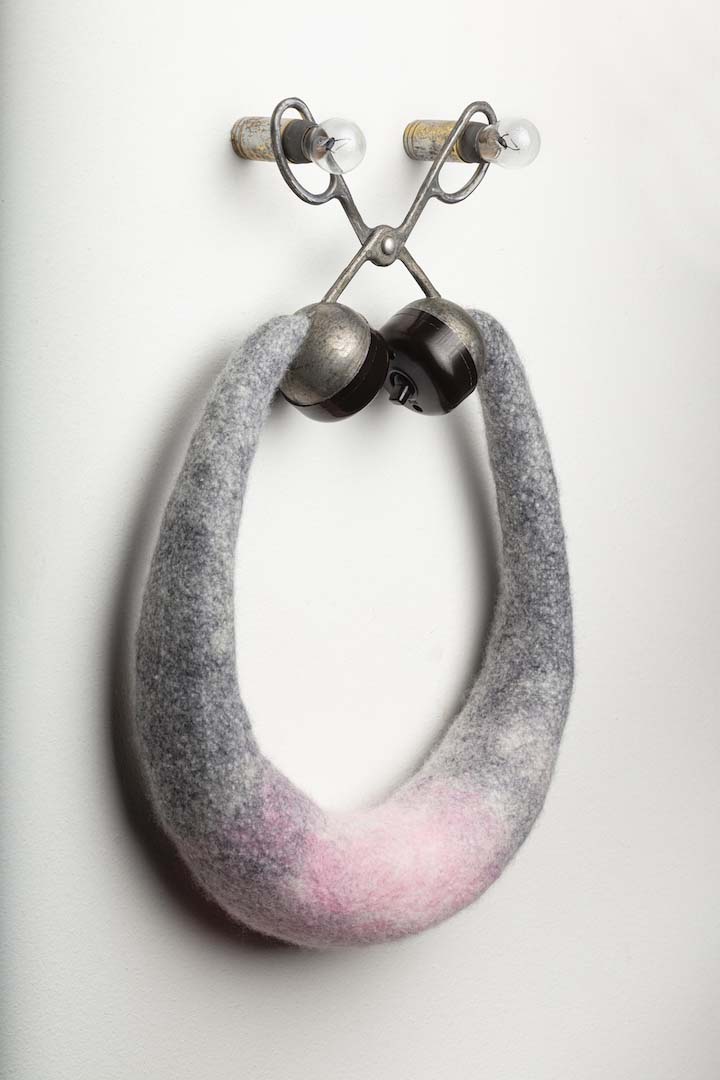 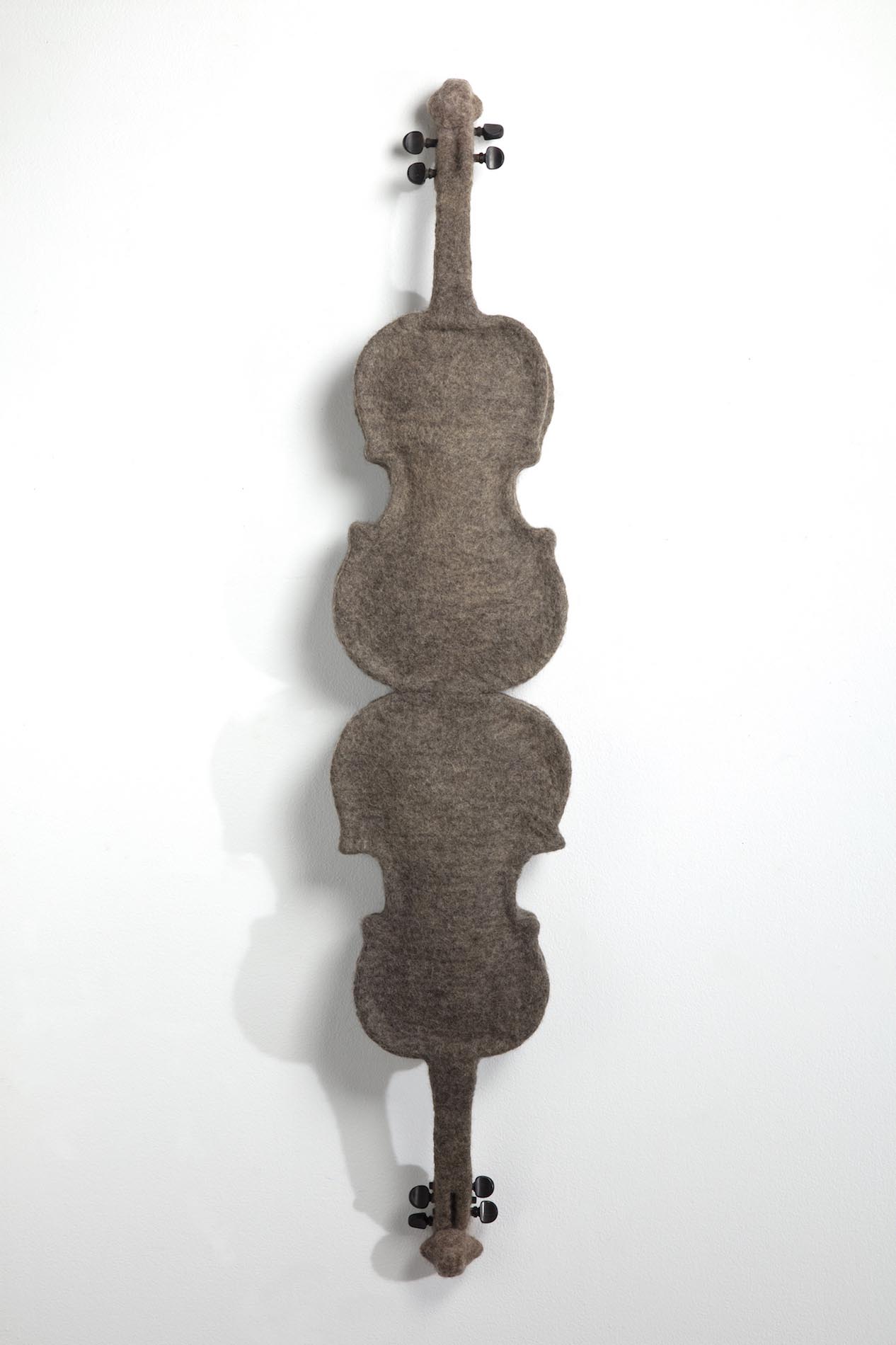 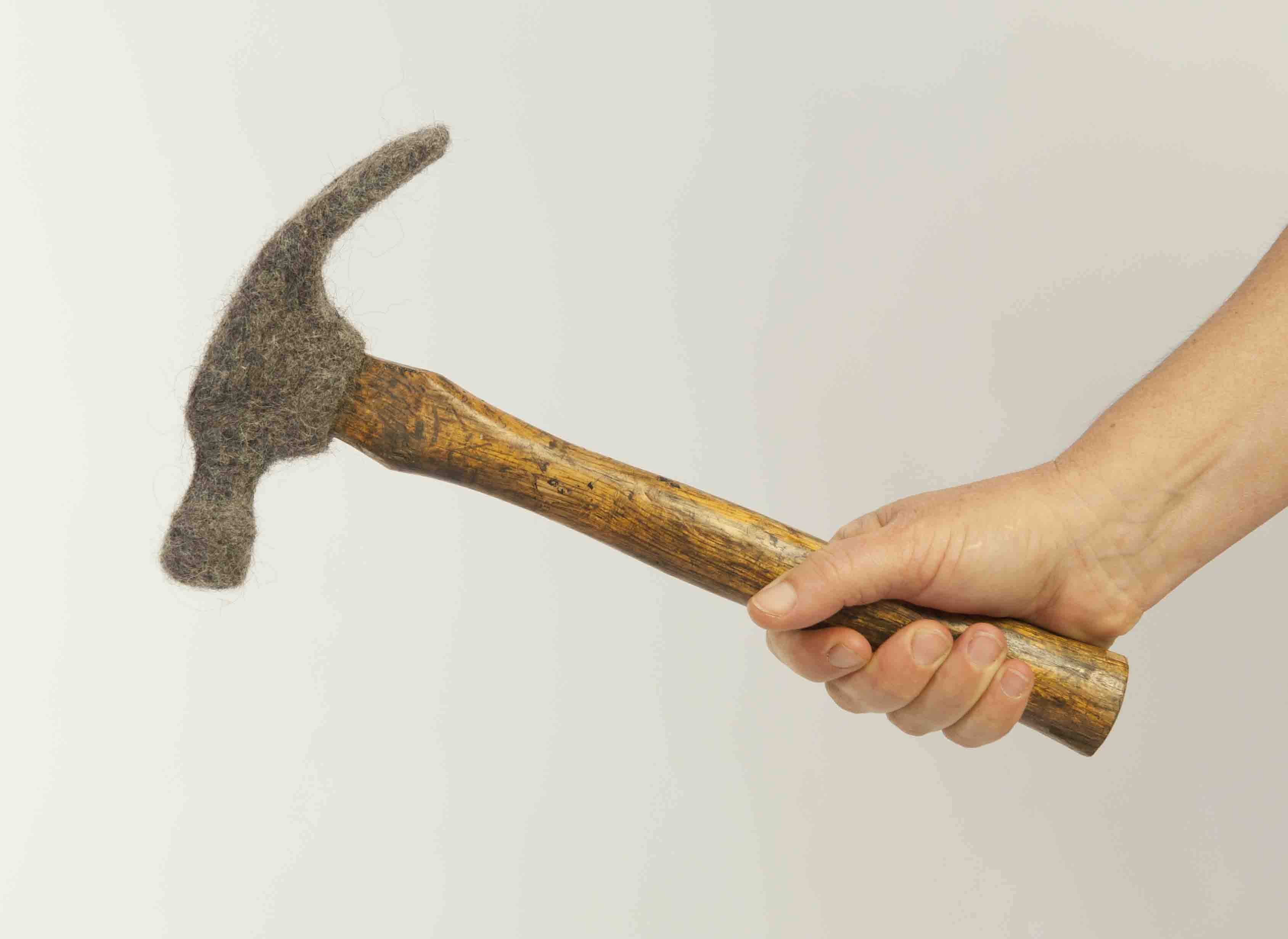 Using your own found objects Anita will guide you through making improvised constructed sculptures using simple but effective hand-tool methods. Screwing, pinning, riveting as well as using the Dremel and modelling materials to make seamless joins between objects. Explore the possibilities of that junk stash! Anita has developed her own methods of felting around various parts of objects, and she will teach these in depth. Learn different ways to accommodate the migration of the fibres around a solid object to achieve a well-made felt skin.

There can be a very pleasing contrast in materials between the softness of the felt and the found objects. Create fascinating sculptures that are so much more than the sum of their parts! 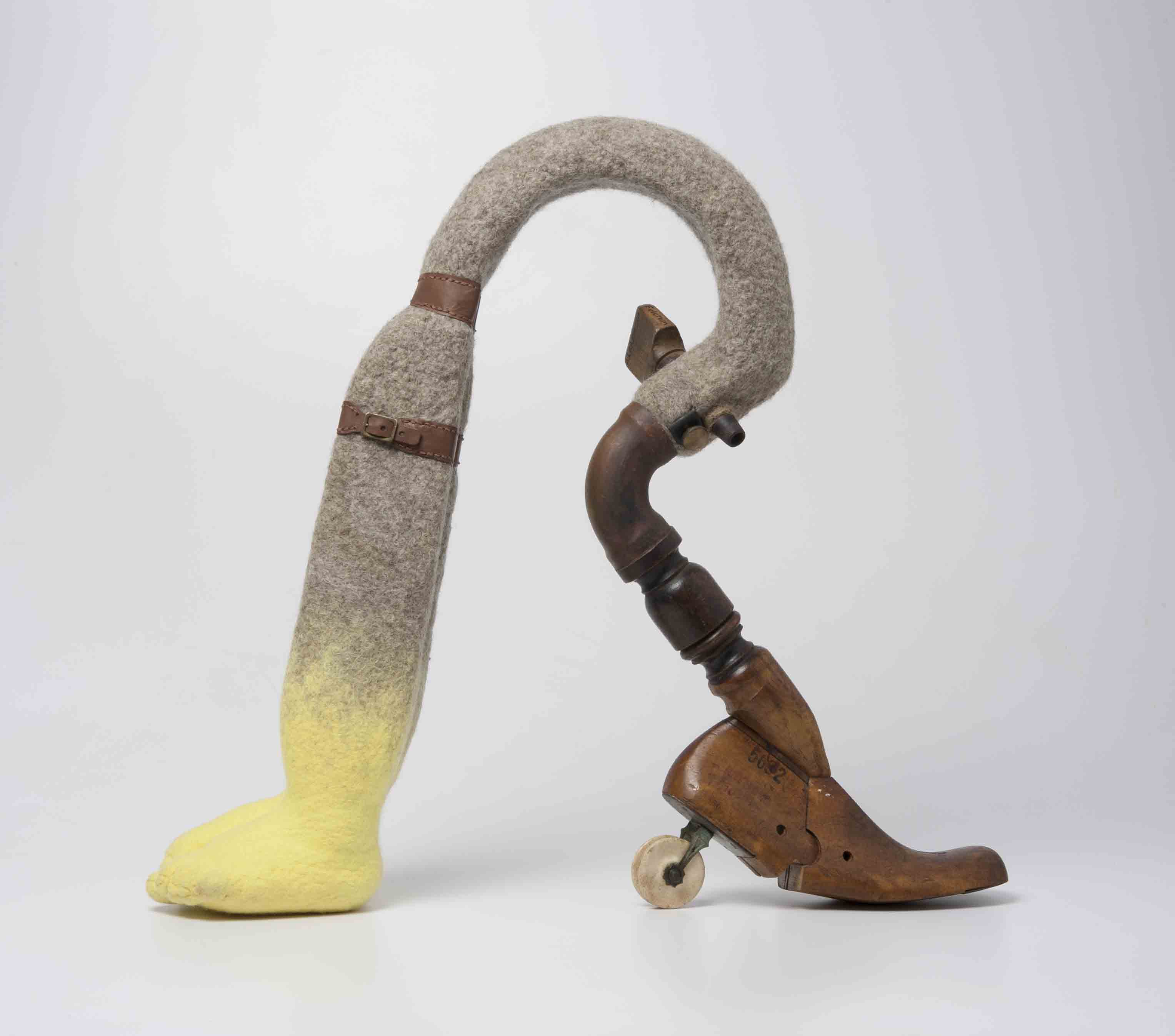 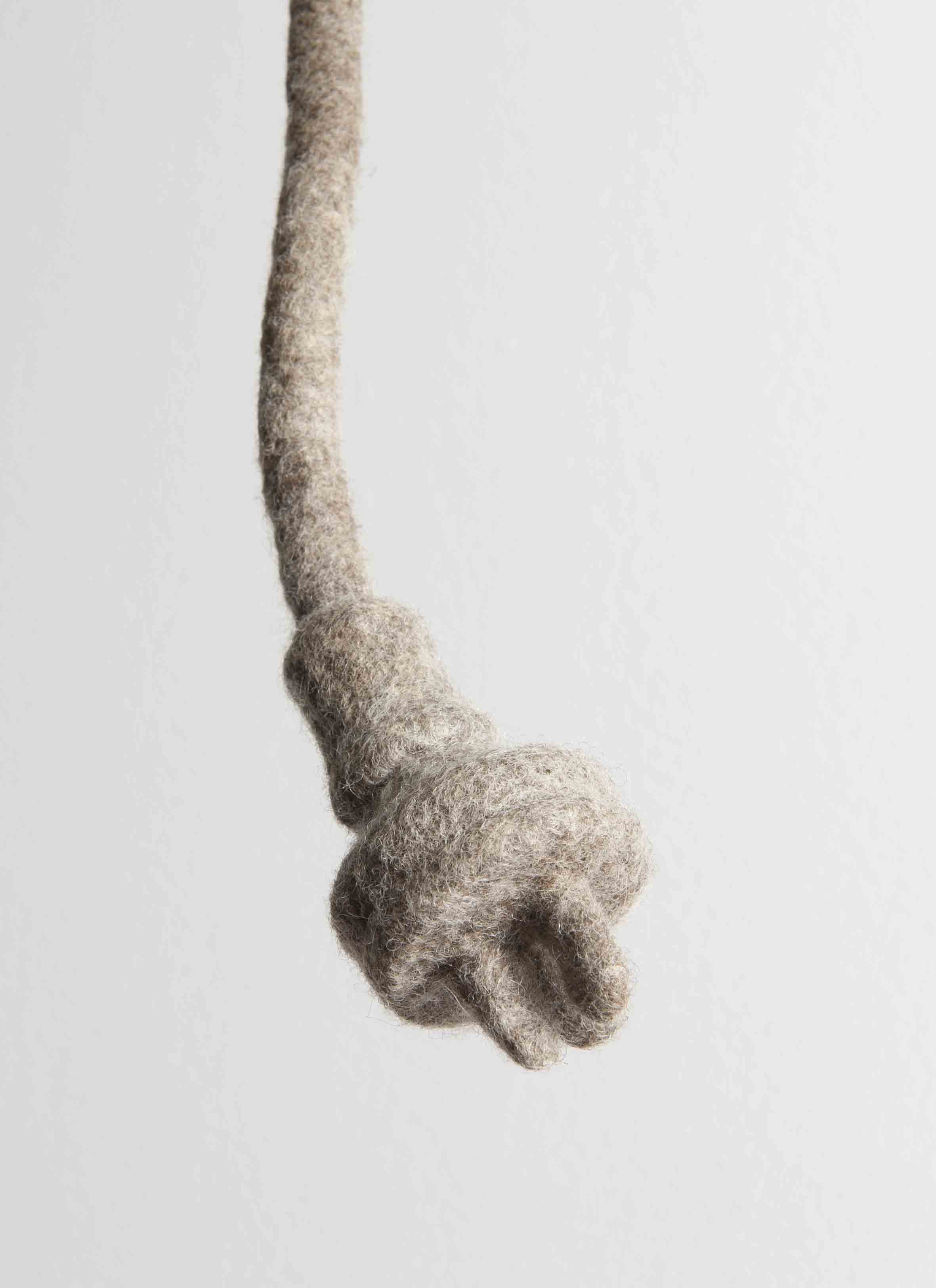 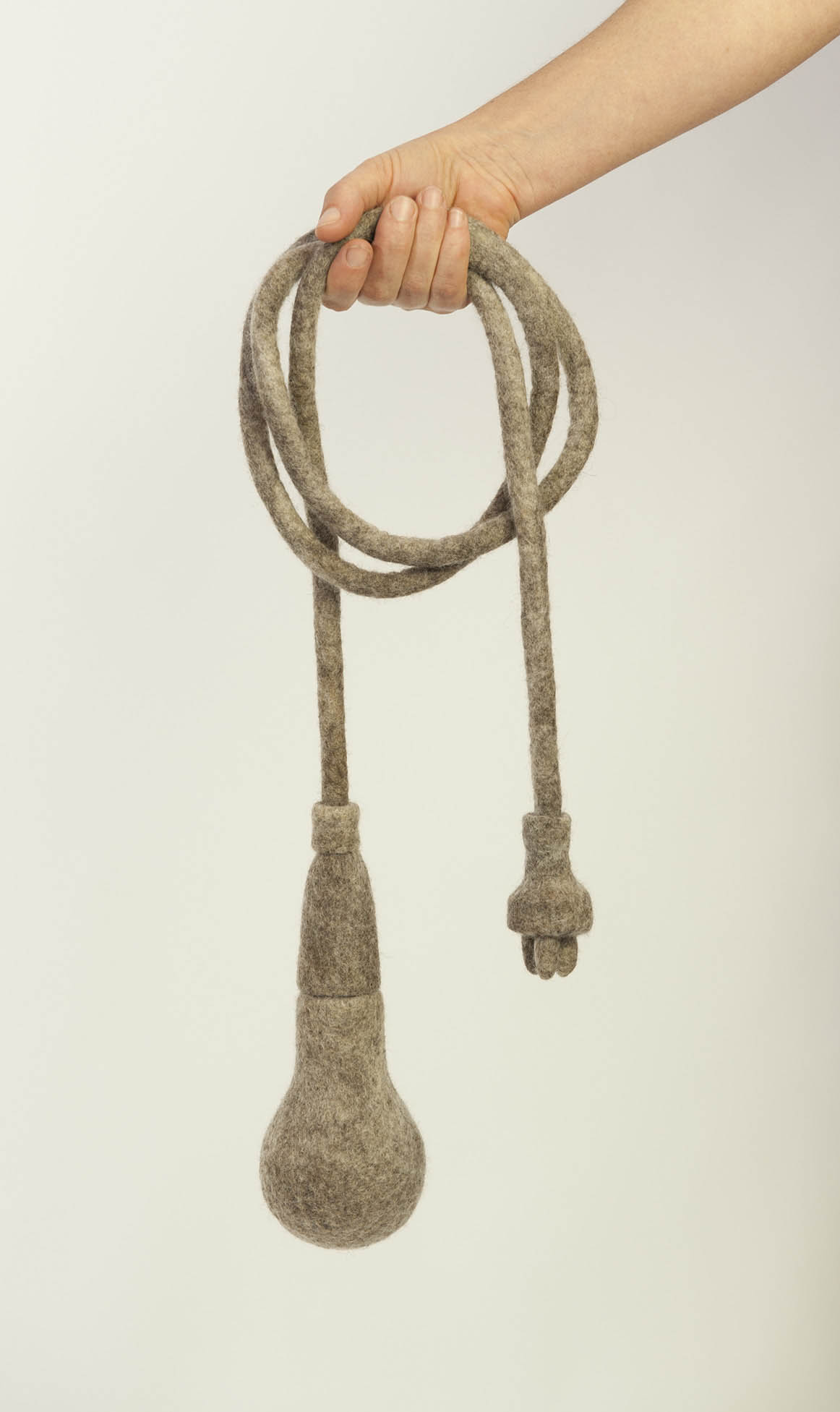 Anita Johnson, formerly Anita Larkin, is a Sculptor who has been working in the medium of handmade felt, lifecasting and assemblages of collected objects since 1993. She is represented by Defiance Gallery in Sydney and has a Bachelor of Visual Arts from Sydney College of the Arts, and is currently completing a Doctorate of Creative Arts at the University of Wollongong. Johnson’s textile sculptures have shown in the Wynne Prize at the Art Gallery of NSW, the Museo del Tessuto in Italy, The Blake Prize, The International World Textile Art Biennial of Contemporary Art, Sculptural Felt International and the Second Tamworth Textile Triennial. She has been teaching sculptural feltmaking and found object assemblage since 1994 nationally and internationally. 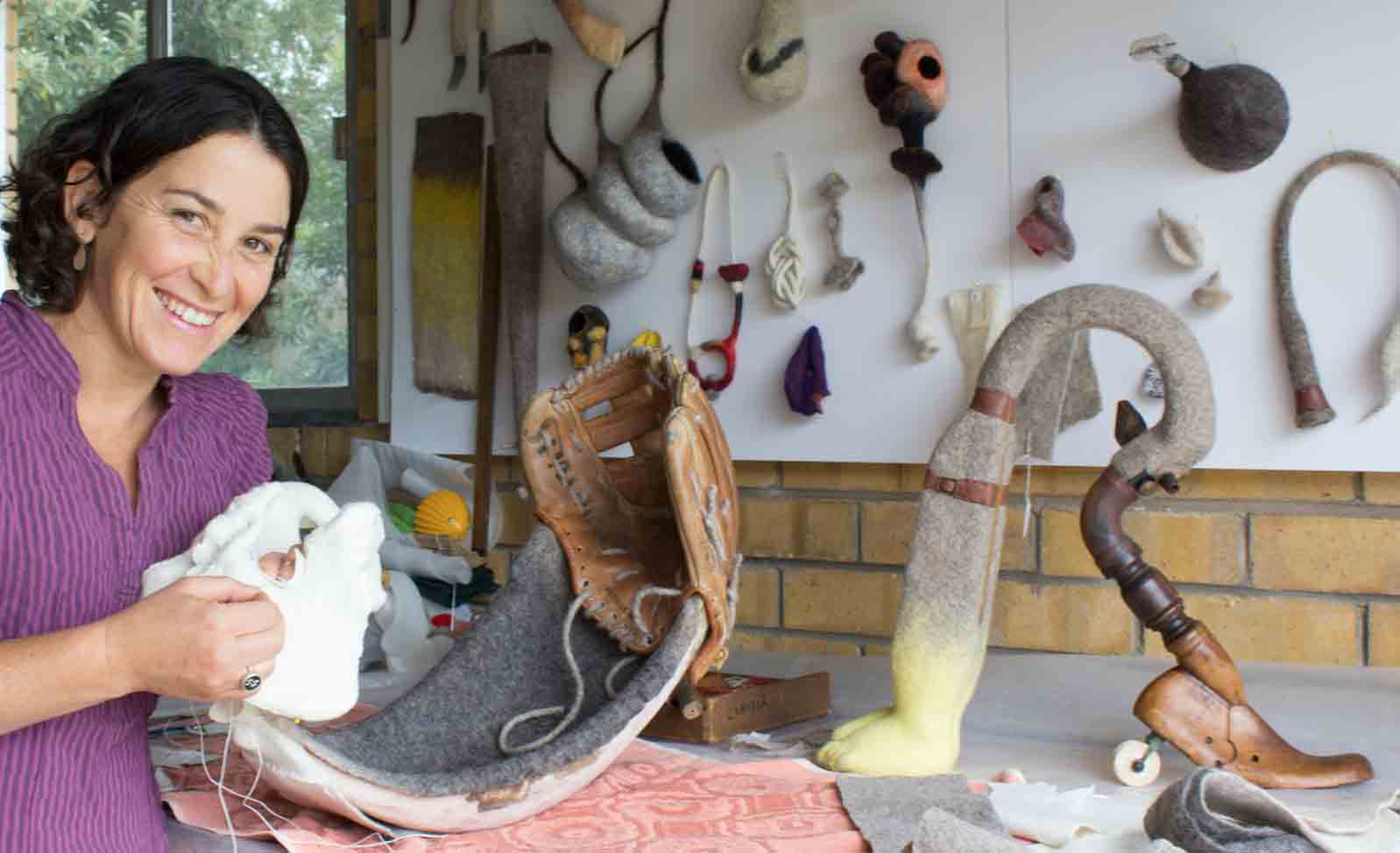 Registrations are closed for this event

Material fee to be paid directly to the tutor at the workshop.

Before taking photographs for your own records, check with the workshop helper first, as some tutors do not allow photography.

It is your responsibility to provide any personal protective and/or safety equipment required for the workshop, e.g. safety glasses, facemask, gloves. See workshop requirements list for additional items.

Please email NSW Workshops before you book if you have special needs e.g. wheelchair access. 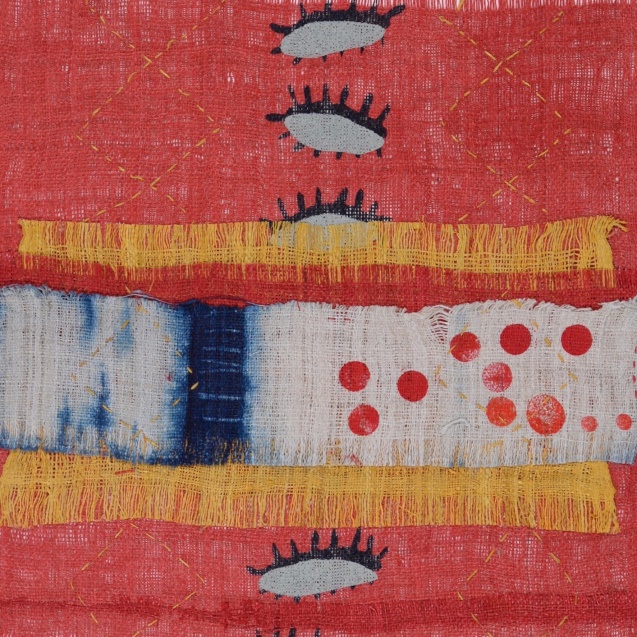 Create hand cut lino blocks and use found objects to print in an explosion of colour and shapes.

Just a couple of places left.... 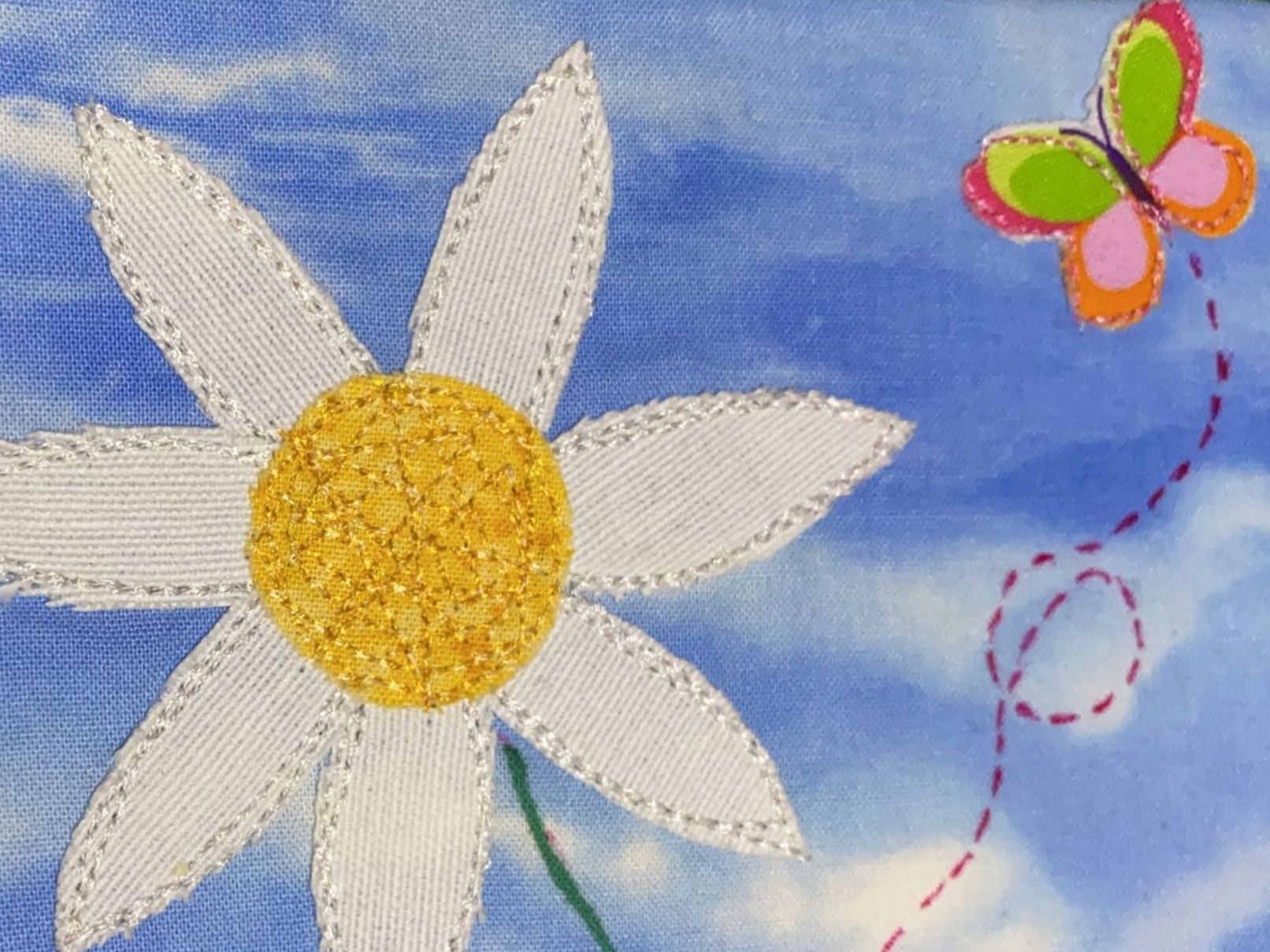 It’s winter and most of us are finding it quite a tad colder than the previous year or two. ATASDA NSW committee have decided we would like to offer all our members a small challenge to complete across the cooler months.

To be completed and posted to NSW address by the end of October. 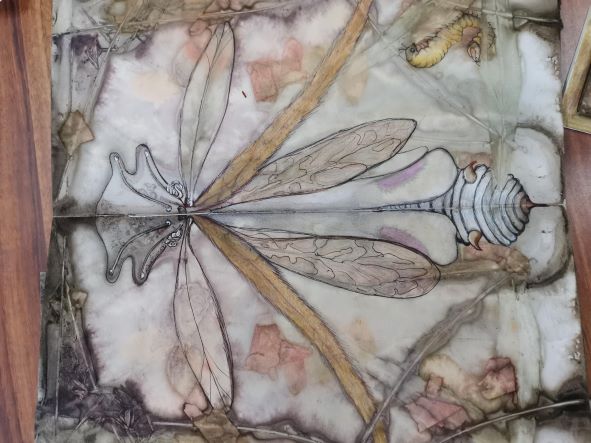 Congratulations to the members for the wonderful box/book! 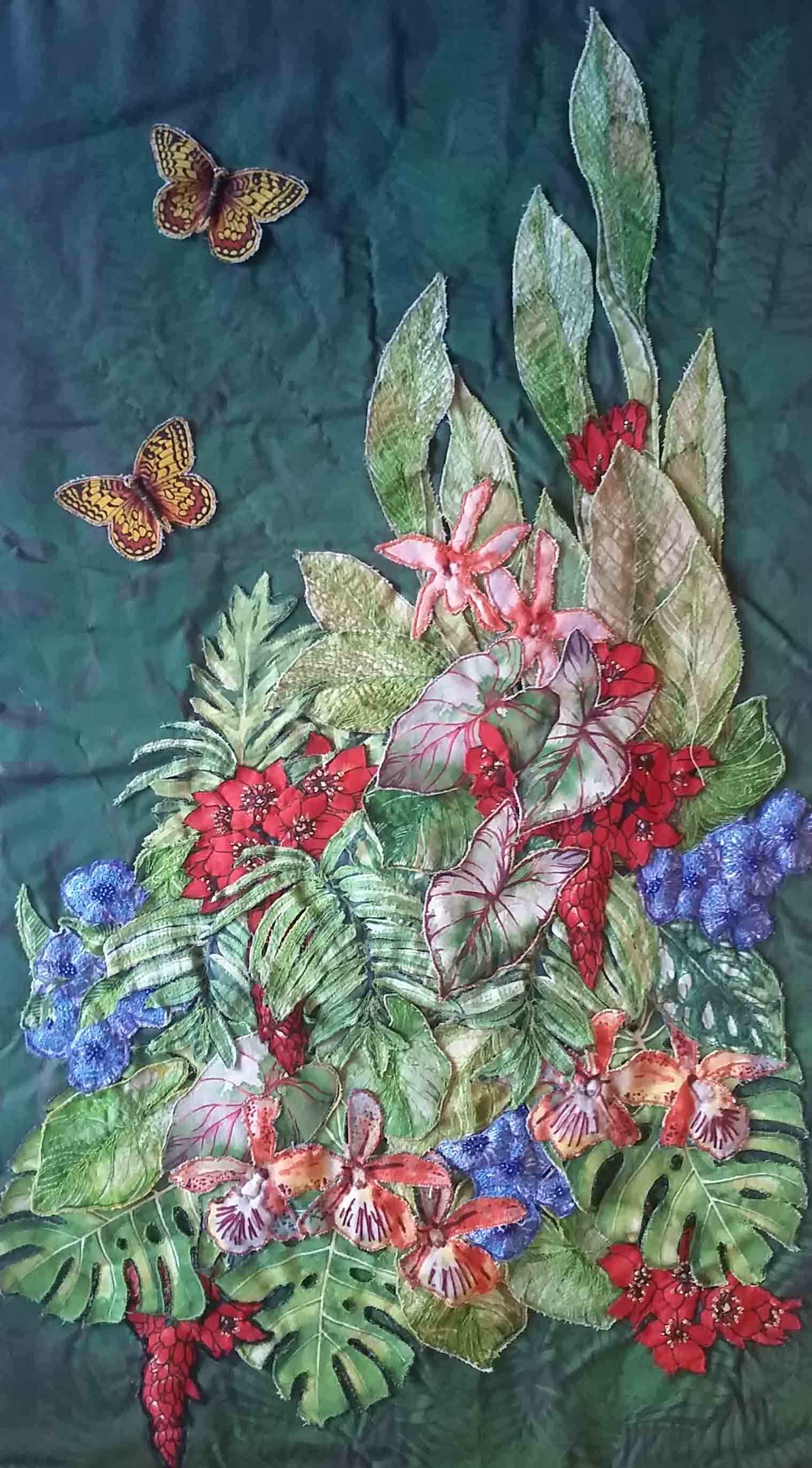 Faces and Flora Suitcase is currently touring around New South Wales, soon to go to other states...